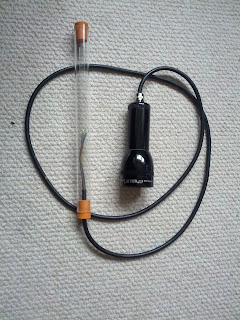 Its a sort of canister, rather more of a test tube, but it is water tight to 35m (114ft) when i wrote this, can contain 3 ultrafire batteries and is easy to create.

The end plugs are from ebay, and compress sufficiently to give a good seal. One of the plugs came with a hole already in it, its quite a small diameter hole so needs to be widened with a drill bit. Just enough to force the cable through. I put some gasket sealant on the cable and pulled it through which glued it tight.

I think this enclosure has quite a good future for projects...... 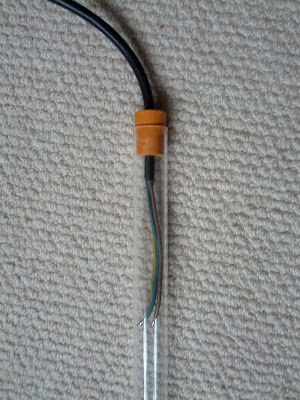 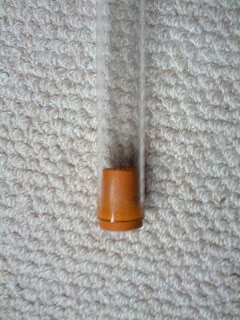 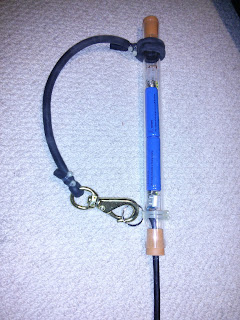 To be attached around my STA on a wing. Tubing is surgical type, made of rubber and stretches round the STA under tension. 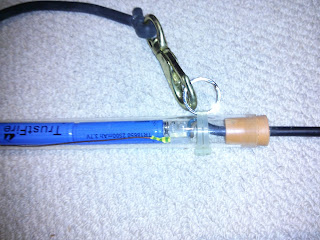 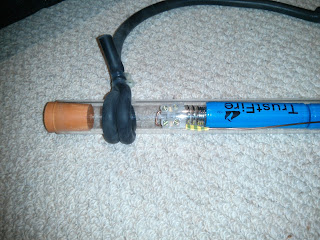 Run time was approximately 1hr with these two batteries.

Springs came from original maglite and another one I had hanging around.

Block connectors are trimmed down to fit in the tube.

The battery circuit, which is two cells in series, is created by  a thin wire running from one end to the other. Because the batteries are such a tight fit in the arcylic tube, I couldn't find a cable that would fit in there with the battery, so the only answer was to remove the cable sheath (still tight but works).

Cable is hard core cable from a 15a mains cable.

This is a picture on a Frog Indigo wing... 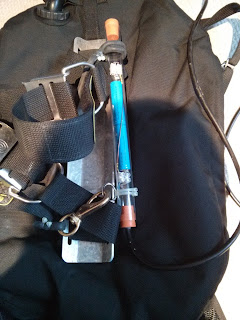 With the cylinder on the STA it should keep the tube in place.