I tried using one of my video lights as a light for my stills camera. I mounted it like so: 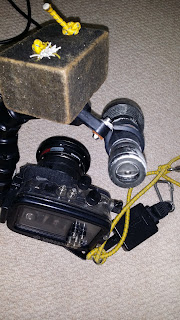 The articulated arm used to have a strobe on it but it flooded hence the need for some light!
Here are some examples of the picture, mostly in the 20-30m range, vis was pretty good at 5-10m, across multiple dives. 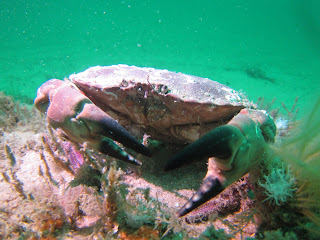 Crab was out in the open so no rocks to obscure the light. No particulates in the water either or very little, treated it like a strobe where you want as little of the beam in front of the lense. 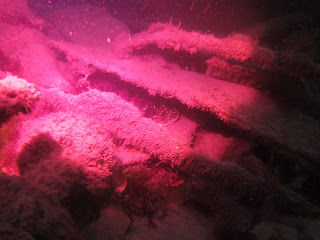 White balance incorrectly set for the video light, suspect I had used it topside and not corrected to use the video light. I've dedicated a button on the Canon s95 to reset white balance, just do it before taking a series of shots. Positioning of video light on arm all important. 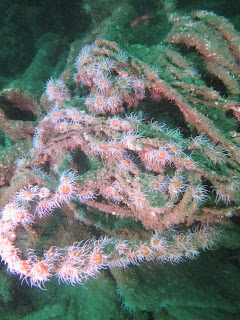 Love these little fellas... nice and in focus with the light. These are old ropes on an LST tank landing ship. 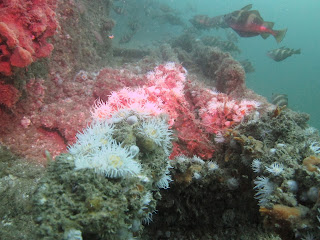 Again, I think I was shooting ambient light, the vis was that good at 25m! But switching to using the video light you get the colour temperature differences.. 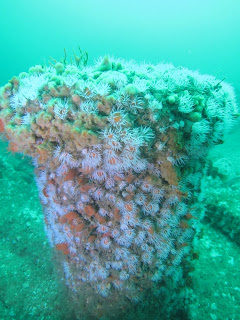 Capstan on the Susan B. Anthony troop ship, stern. This was taken about 1m away and you can just see the light affecting the colour of the fried egg anemones. 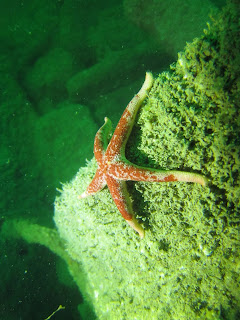 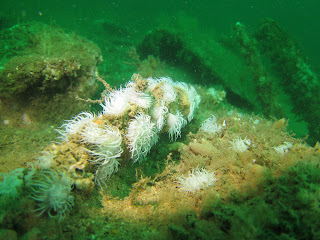 Cone of light visible but its in-focus and adds context..