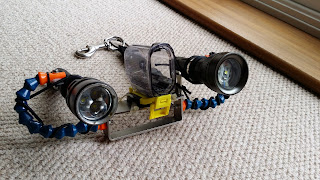 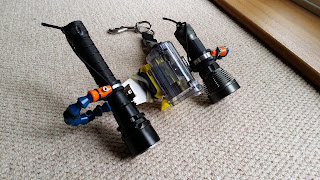 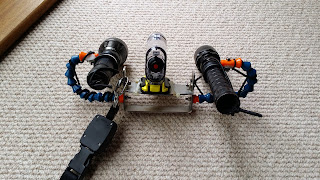 Trying something new for a video light right. When the lights are bolted onto the side of the Goodman handle I find the backscatter to be quite noticable, so this new rig is to push the lights further away from the camera and at an angle to reduce it... Its experimental at this stage... but here goes...

To fix the loc-line to the Goodman handle I've cut the threaded section off the loc-line base. Its quite thin so a junior hacksaw will do it easily. 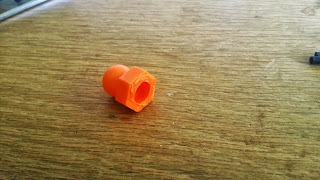 Then bolted the base to the handle with the bolts threaded through the base. 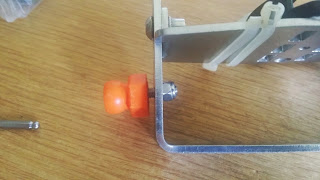 Once both loc-line bases are bolted securely to the handle I made the connectors for the torches. For these I used the nozzle ends provided in the pack, choosing the two largest ones. The finished product looks like this: 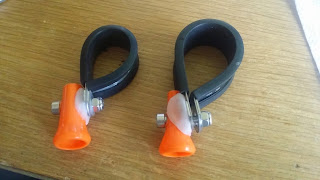 To make the hole for the bolt I used a soldering iron, it could be drilled but its quite a hard polished plastic so melting a hole was a lot easier. 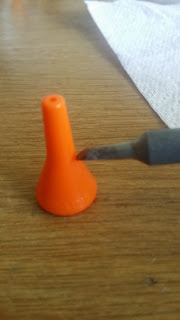 Passing the bolt through... 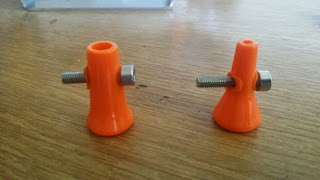 I later added a washer either side but its not shown in these photos..

To make the hose clip connection more rigid, I used a small of piece of polymorph plastic to stabalise it. Take a small piece, say a lump the size a coin, melt it in boiling water and then place it between the hose clip and the nozzle end when you tighten the bolt up. It will form into the correct shape and solidify. 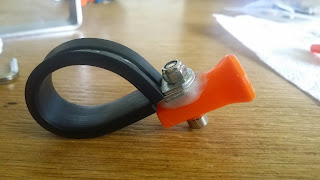 You can use the soldering iron to melt the polymorph plastic around the edges to make it neater.

To plug the whole thing together, lay the loc-line pieces in boiling hot water for a few minutes and then apply a little pressure.

I've added a chord to tie the torches to the handle, just in case the loc-line is not strong enough. Its 1/4" loc-line, out of water is seems a little flimsy but I'm hoping in water it will be ok. Its the same as the Ikelite kit.

I over tightened one of the nozzle heads and cracked it, so i'm going to reinforce them with some liquid metal or resin.. not done that yet.

OK, the arms work really well, the connections stayed tight and secure for 6 dives. In the water they support the weight of the torches fine. Out of water they move a little.

The non-modified torch with its reflectors still in, was no good for video, hot spot ruined the video.

The video camera also developed a nasty fault of not turning on... so not to successful!

My 3mm gloves got ripped by the bolts connecting the arms to the goodman handle, so I think the bolts need to be reduced in length.