After the success of my single video light ( with reflector removed) I modded another identical light to fix a number of issues I discovered i.e. a small shadow in the top right corner and add a little more power..

So, I've added an identical light to the other side and moved the lights further closer to the camera itself by attaching them further up the handle. 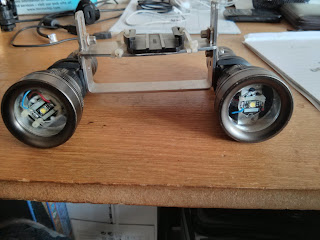 The second light was modified in a similar way to the first, only the shape of the metal plate is different... rather a square rather than a strip in the first. Still jammed in rather than fixed in any way. 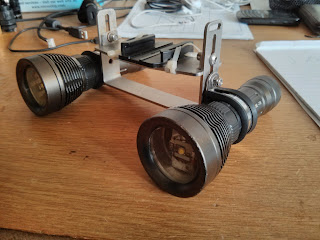 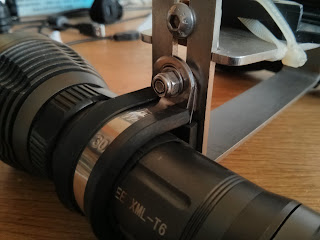 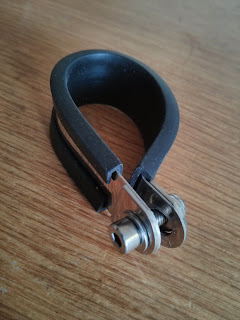 Used the same clip as before, using a bit of inner tube to provide a little extra friction, underwater I found the lights moving when I turned them on/off. From ebay : 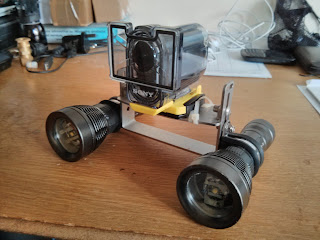 Going diving next week and will post the results...

Update : Made a slight mistake in diving with the camera set to slow mo which ruined my videos, slow mode underwater is not a good idea.. The camera also flooded on day #2 so i didn't get much shooting done. Did get this clip with the dual light though :-

Update: Another version of this set-up...