Got to the seabed at 30m ( 98ft) and tried to turn on my camera and nothing, water sloshing around inside, flooded.

This is with the newer underwater case like this... 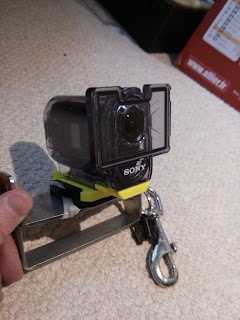 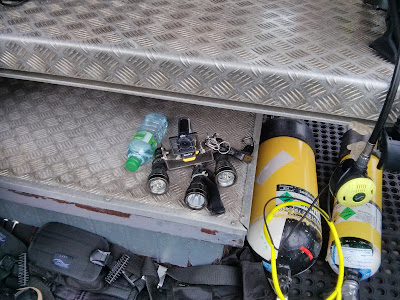 With the double video light set-up I had just clipped it to a chest D-ring and an extendable lanyard, it was not in the bag on my belt ( stowed away) and I suspect when we did a roll-off the back, it must have hit something to loosen the front door.

Anyway, at depth I wrote it off and continued the dive.

Once back on the boat, I immediately removed the battery and drained the salt water, filling the case up with mineral water, closing up the case again, giving it a good shake. I did this several times on the boat until I got back to the hotel where i again rinsed it under a tap and left it underwater for an hour to get any remaining salt out. After that, it was drain and leave to dry ( room temperature ). Once home it went into the cupboard with the heater for another 2 days before attempting a power-up and test.

Took the memory card out and inserted a new battery, powered up and it made the right noises. Menu works without the memory card but the Wifi-remote does not. Re-inserted the memory card after checking it on a PC ( in an adpater) that the card was ok and could record no problems including sound.

Noticed the PREV button is not working and the date stamp on all files copied across is 01-01-12 (UK). Just need to reset the time back again.

I think I can live without the PREV button as you can just press NEXT to go round the options.

Next test is to get wet and try the case on its own but looking ok.

I don't think this resurrection is too uncommon as a friends Go-Pro 3 had a similar problem, his only failure was the lcd screen on the back...

The battery that flooded looks a goner. (Correct)...

Whilst looking on the web for a solution I found a Youtube video of a guy dissembling the Action Cam to correct a rattle, I don't have a rattle but this gave me the info to look at PREV button issue...

The two small screws next to the USB port secures the electronics to the case, undo these and you can slide out the camera itself from the case: Take off the USB cover and the facia plate. 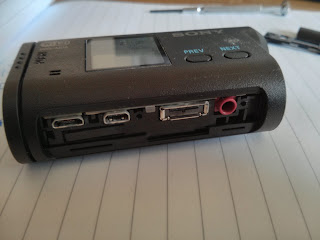 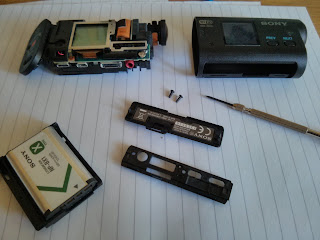 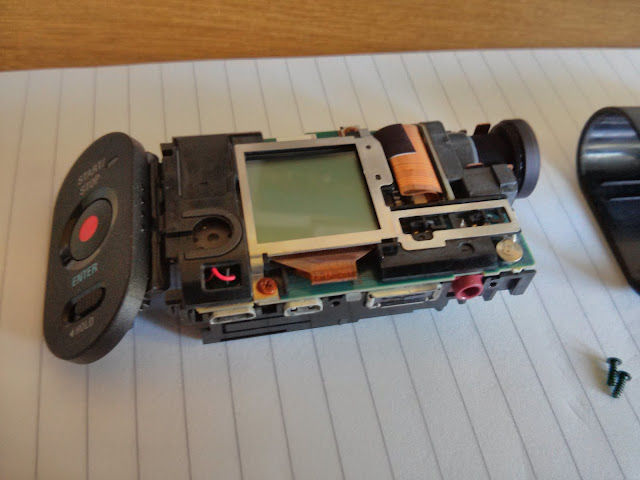 Note the corrosion on the screws.
Small battery on the bottom right for the RTC?

Not related to the flooding but noticed this rusting on the tripod mound on the base of the housing....Thread is still ok but greased it up anyway to limit the rust. 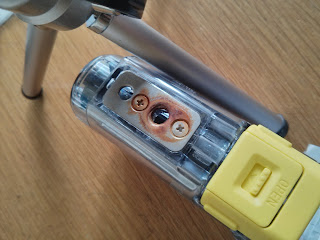 Update : PREV button is now working, not sure why!