The idea for this came when I got fed up of getting lost in zero vis river dives and never being able to see my compass or rather it had to be 1cm from my face to see it... There had to be an easier way!

I’ve played with PIC chips and the arduino which is definitely easier to prototype with quickly.. so this project evolved..

So, what is it trying to be, a HUD compass with waypoint indication, some design ideas I wanted to keep to:

Attach to any mask configuration.
Not obtrusive, on a dark dive i don’t want lights /displays flashing at me..
Parts easily sourced and cheap!
Simple programming language... I’m sick of setting up linkers and compilers every 6 months and i just don’t have the time to keep in with C/C++ etc..
Accessible to anyone.. Simple circuits and international parts..

It started out life on an Arduino Uno and its evolved into using a Pro Mini board ( battery operated)...

It used a single RGB LED to show North=Green, West=Red etc... But its moved on from that to a two RGB LED solution and two hall effect sensors for the input controls...

Current function is : Main RGB led show different colours for North, South, East and West. Second led indicates unit is level and hence will show a valid heading. It also server a second purpose to change colour to blue when your point in the direction of your waypoint.. Waypoints are hard-coded at the moment.. in a list, i'll add a bluetooth function later so I can programme from the phone..

Two hall effect sensors allow you to move onto the next waypoint or move back to the last one. 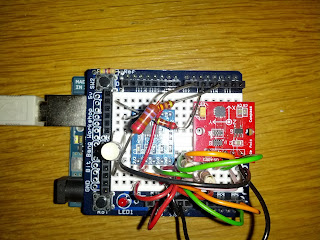 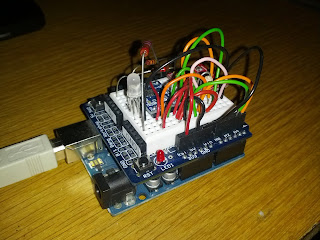 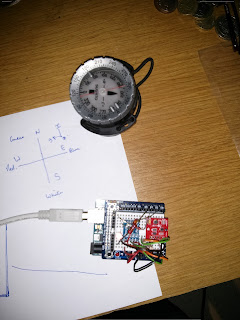 Moving platforms to a Pro Mini so I can get the form factor down.... 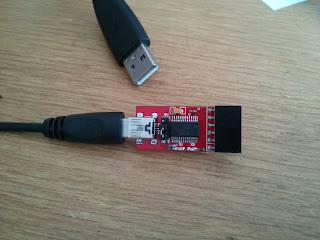 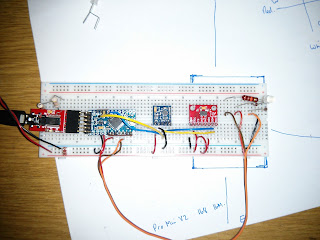 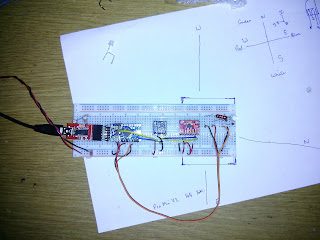 Then going to something i can waterproof and get in the water with... 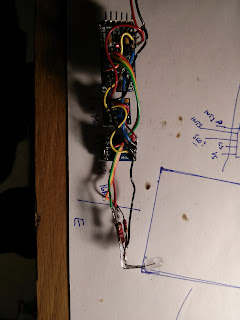 Components wired together to fit inside a arcylic tube. 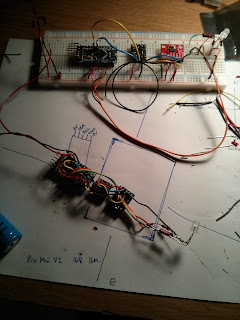 And fitted into the tube with battery... this will connect  to the mask strap.. 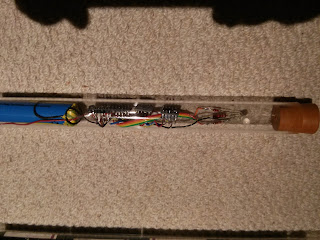 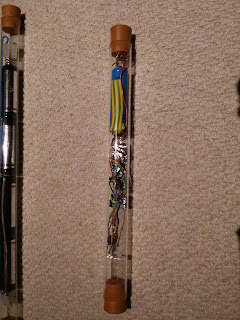 After proving i could drive it by battery and wear it... it was  back to the breadboard to refine the software design based on user experience... Adding a second LED and user controls ( with magnet and hall effect sensor). 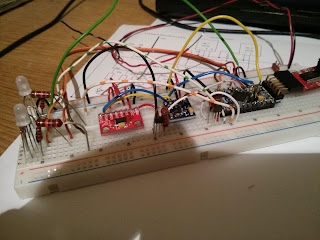 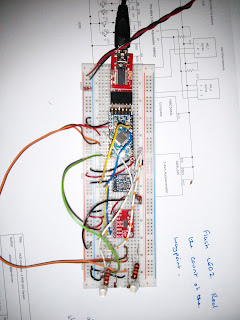 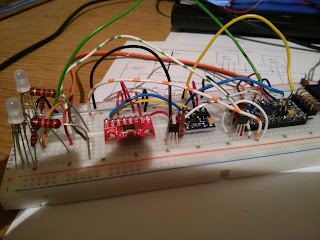 Next rebuild it again in miniature form.... and try in the pool again..